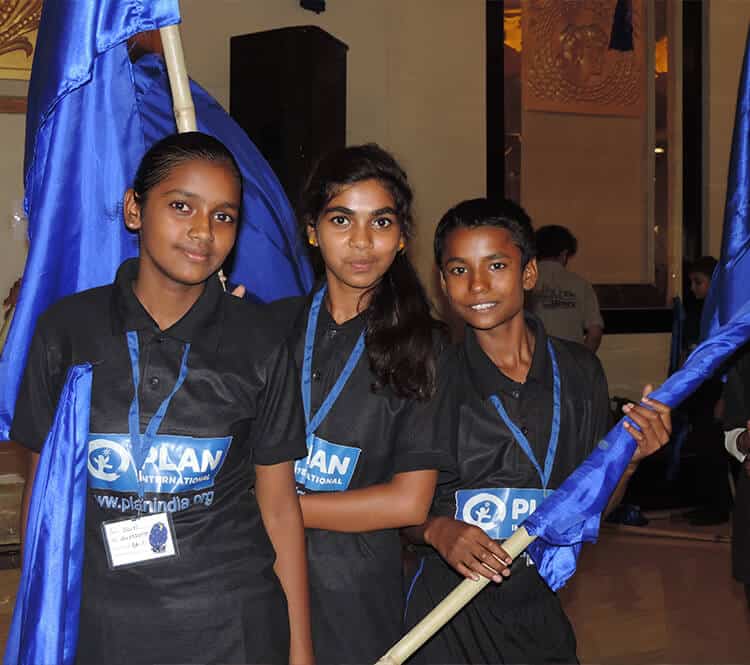 Achieving gender equality is a core objective for Plan India under its Country Strategic Plan (CSP) IV 2016-2020 as is Plan India’s CSP IV goal – “As the leading child rights organisation, we strive to advance children’s rights and equality for girls, thus creating lasting impact in the lives of the vulnerable and excluded children and their communities.”

Plan India acknowledges that achievement of the goals set above would require the participation and support of key stakeholders such as policy makers, government agencies, NGOs, and media among others. Among the motley of interest groups, media plays a critical role in ensuring that unheard voices are brought to the fore, stories are relayed and stakeholders are held accountable for their actions. Therefore, engagement and partnership with the media is immanent in the overall vision of Plan India.

The Plan India Media Catalyst is an attempt to strengthen the understanding of journalists about the child rights situation and gender issues in India, and Plan India’s model of child-centric community development and gender transformative approaches. The objective is also to collaborate on rights-based reporting to ensure that the rights of the children are not violated.

To achieve the ambitious target of reaching out to 10 million girls, with the participation and support of key stakeholders such as policy makers, government agencies and NGOs, Plan India believes that media will also play a very critical role in ensuring that unheard voices are brought to the fore, stories are relayed and stakeholders are held accountable for their actions. Therefore, engagement and partnership with the media is immanent in the overall vision of Plan India.

We reached out to around 300 journalists which included print newspapers, online editions and news based digital platforms from Delhi and NCR, Uttar Pradesh, Maharashtra, Andhra Pradesh, Telangana, Rajasthan and Bihar. Based on the submission of the nomination forms and their interest in writing and reporting on development issues, especially on issues related to child protection and gender, we selected 10 journalists from the above mentioned states.

Orientation Workshop – An interactive orientation workshop is being organised on 16th and 17th of November. On the first day, experts from Plan India and senior journalists during the orientation will impart and disseminate information pertaining on child rights within the context of protection issues and gender framework, laws and policies, showcase exemplary journalistic case studies on reporting among others.

Exposure visit for the journalists in their respective State – Post the orientation and field visit in Delhi, in the month of January, the journalists will also be taken for an exposure visit to Plan programmes in their native states. During the exposure visit, they will get to see the grassroots’ level interventions and meet the beneficiaries to witness development at the village and community level.

Participation in the Plan for Every Child Conference (5th – 7th December) – The journalists who are part of the Media Catalyst programme will be attending the three day National Conference, starting from December 5 to December 7 in New Delhi.