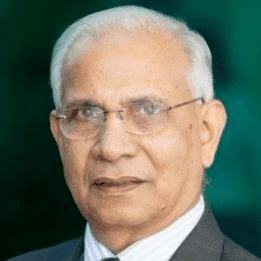 Mr. JVR Prasada Rao is a Former Health Secretary, Government of India and Director General, National AIDS Control Organisation. He has made immense contributions in strengthening the health sector and in formulating India’s response to HIV/AIDS. He is a strong regional voice for prioritising public health in national policies in India and other Asian countries. Mr. Rao was invited to join as the Regional Director of UNAIDS where he led the UN response to AIDS in Asia Pacific countries. He has also held eminent positions in the UN as Special Envoy to the Secretary General, United Nations, and as the Regional Director of UNAIDS for the Asia Pacific region. He facilitated discussions on inclusion of AIDS elimination as a Sustainable Development Goal (SDG) for 2030 which was finally adopted in the UNGA declaration on SDGs in 2015. Mr. Rao is also a former Commissioner Secretary of a Global Commission on HIV and Law initiated by UNDP.

Building hope and resilience in times of COVID

The Power of ‘We’ for an equal world