I took the lead and stopped my marriage

Sangeetha*, 19, lives with her widowed father, sister and grandparents in a remote village in India’s Telangana state. Her family lives on a meagre income from agriculture. Poverty, limited opportunities, and perceptions of protecting traditions and family honour – all continue to fuel the practice of child marriage among local communities. Many of Sangeetha’s friends are already married. She herself faced the spectre of child marriage a couple of years ago. That’s when she decided to take matters into her own hands. 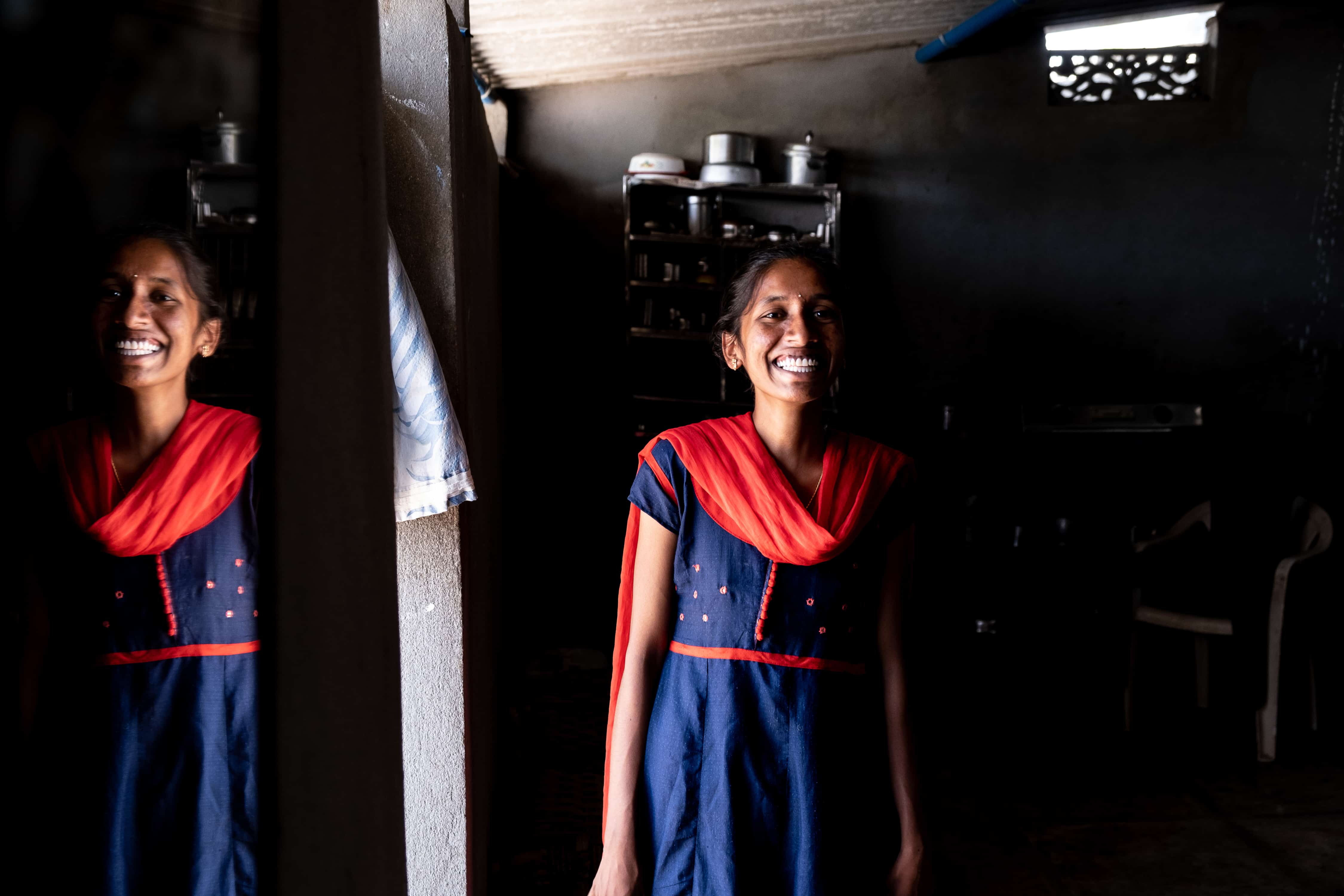 It’s common in my community for girls to be married off by the time they are 16 or 17. Many girls I grew up within the village are already married and some even have become mothers.

They all tell me how difficult life is for them. From dropping out of education to facing challenges with husband and in-laws, and the burden of early motherhood – they deeply regret it. But they had no choice in their marriage. The decision was made for them.

It’s a tough life for girls here. Their dreams end when it’s time to pursue higher education. The nearest college is miles away in the town and the only way to get there is either on a bicycle or a combination of a long trek to reach the main road and then using an unreliable local bus service which often doesn’t turn up.

Parents don’t want to send their girls to college due to fear of harassment by boys and men during the daily commute. They are always anxious about protecting the family’s honour. Any rumour or even a sighting of a girl speaking to an unknown male can result in severe consequences – from the restriction of movement to being pulled out of education.

As if this is not bad enough, the girls who drop out of school and stay at home are under the constant watch of elders who fear they will fall in love with boys and elope, bringing dishonour to the family. Therefore, for parents, getting their daughters married off as soon as they can is the easiest option. It involves the least hassle. For girls, this means a dead end.

I never wanted to be in that position. That’s why when my father first mentioned marriage to me when I was about 15, I burst into tears. I cried for days in protest and he eventually backed off. I was allowed to continue my A levels, even though my grandparents were opposed to it. 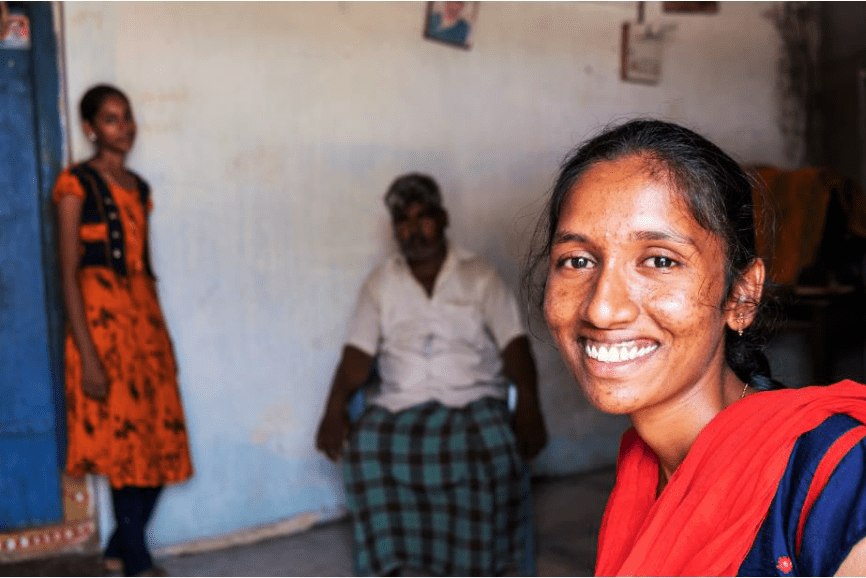 I subsequently got involved with Plan India’s Girls Advocacy Alliance (GAA) programme that promotes girls’ and young women’s leadership and equal opportunities for them. Ending child marriage in communities like mine is one of the main priorities of the programme.

I already knew from speaking to other girls how devastating child and early marriage can be. By becoming part of GAA, I gained much more knowledge about the true scale of its harmful impact – from consequences on girls’ health to their ability to have a career and be economically independent. I also gained confidence on how I can protect myself and stand up for my own rights.

So, when my father raised the issue of marriage again recently, I was far better prepared. Even though he was more adamant that before, I was able to explain to him how early marriage would damage my chances in life and that I wanted to become a nurse and have a career.

He faced intense pressure from my grandparents and other people in the community who warned that delaying my marriage would risk family honour and also create difficulties in finding a match for my 16-year-old sister in the future.

I wasn’t going to compromise my future for anything and told my father if he forced me, I would inform the local government official. And if that didn’t work, I would report him to the police.

This time there were no tears. I instead used my voice and confidence to defend my rights. I realised that change must start at home. I took the lead and stopped my own marriage.

At first, my father was surprised by my confidence and my conviction to go to any length to stop my early marriage. After initial reluctance, he came around the idea that it’s in my best interest to complete my science degree and have a career. 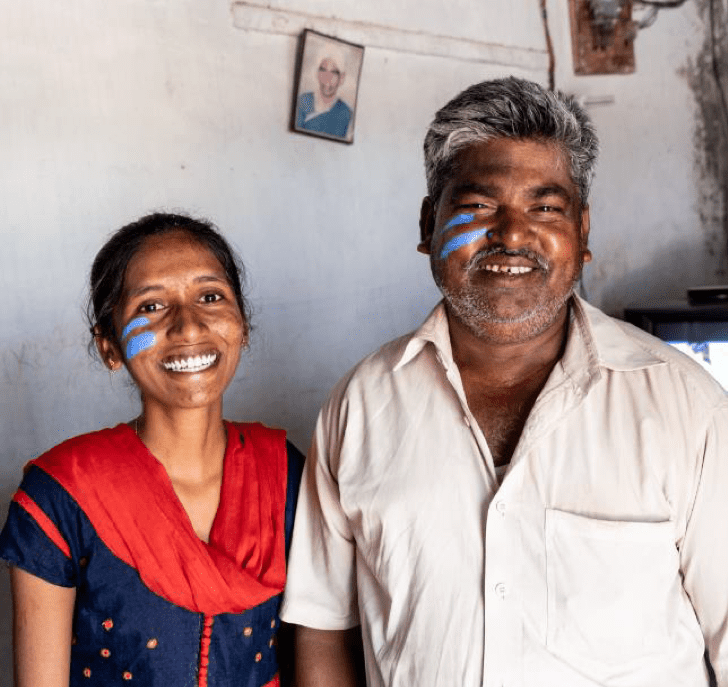 Girls in my community now look up to me and see me as a leader. They share their problems with me, and I advise them on how they can discuss issues with their parents and speak up for themselves.

I used to be a very shy girl prior to becoming part of GAA. Now, I am a totally transformed young woman. I regularly speak at my college events and also give awareness speeches on the issue of child and early marriage at village fairs and festivals.

I love dancing and now feel confident in myself to give public performances. I also regularly take part in dance competitions across the district.

Feels like my life has totally changed in the last year. I used to hear that there is nothing that girls can’t achieve. I now truly believe it.

*Name has been changed to protect identity